Pair It Up! Wine and Caesar Salad

Whether you’re at a greasy spoon or a white-tablecloth eatery on this continent, you’re almost certain to find Caesar salad on the menu.

The Caesar salad has become more than just an optional side – for some it has become a go-to staple to accompany their meal, while for others it has just plain become the meal.

And while wine and a salad might seem simple, Caesar salad’s strong flavours can make things a touch trickier. Garlic, anchovy, Dijon, parmesan and lemon – the quasi-base of most Caesar dressings – are intense, while other optional ingredients like bacon must be considered, as does whether the dressing is creamy or oil-based.

Having said all that, it’s still not rocket science. For a creamier dressing like Bon Appetit’s Classic Caesar Salad recipe, you’ll want something with some zip that can cut through the texture and stand up to Dijon mustard, anchovy and garlic. The Clos du Soleil 2014 Rosé is Cabernet Sauvignon-based, bringing ripe berry notes and a balance of just enough body and acidity to match without being overpowering.

Ree Drummond’s Caesar recipe, meanwhile, features an oil-and-vinegar-based dressing, which makes her salad an entirely different animal (or, uh, vegetable, as it were). The corresponding wine needs a bit more focus when it comes to citrus and acidity. As such, Sauvignon Blanc is as good a pick as any grape. The Lakeview Cellars 2013 Sauvignon Blanc has the acid, bright lemon and grapefruit notes to stand up to this Caesar.

For a twist on the traditional (or for those who don’t do meat or dairy), this vegan Caesar salad brings in chick peas instead of croutons, while managing to retain the texture and flavours of the classic. Wine-wise it’s maybe the trickiest of this lot – try the Harper’s Trail 2014 Gewürztraminer, which will deliver tropical fruit and spice notes that should match the bolder flavours here.

Just make sure you’ve got some gum on hand once you’re done your Caesar salad! 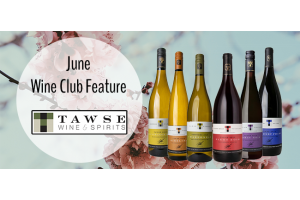 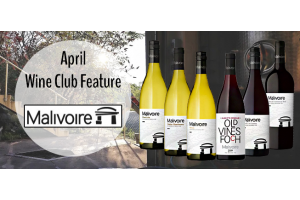 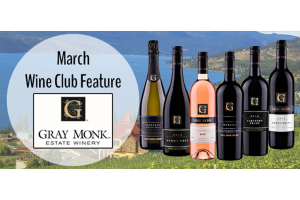