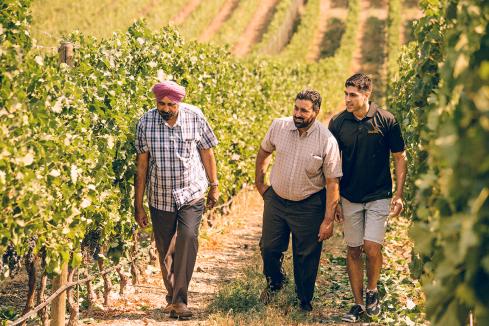 Established in 2009, Gold Hill is a family-operated winery. Gold Hill’s focus has been to produce wines that reflect the charm of the South Okanagan. With over three decades of farming in the Okanagan, the Gill Brothers believe great wines start with understanding the unique terrior each of the vineyard sites and the Okanagan offers.

Gold Hill focuses on Bordeaux varietals well suited to the warm climate of the South Okanagan, with attention on Cabernet Franc as the flagship varietal. Cabernet Franc has quickly become the preeminent varietal in the portfolio, with a loyal following. Gold Hill arrived on the scene with a bang, receiving the Lieutenant Governor’s Award for Excellence in BC Wines with their first official release, a 2009 Cabernet Franc, and numerous prestigious awards have followed.