As the weather cools off and it becomes comfortable to cook again, The Guardian has compiled their 20 best autumn recipes. You'll find dishes from celebrity chefs including Nigella Lawson, Fergus Henderson, Rick Stein, and Nigel Slater. This week has also aligned with a free shipping offer from Diamond Estates (which includes Niagara wineries Lakeview Cellars, Seasons Wines, and Dan Aykroyd Wines) when you order 6 or more bottles in any combination. I've picked recipes that I'm most excited to cook this fall and suggested some wine pairings from Diamond Estates.

Rick Stein’s moules mariners (scroll down the page to get to this recipe)- A glass of Muscadet alongside a bowl of mussels makes a really fantastic pairing. The leesy, minerally, and briny notes in the wine pair well with the saltiness of the mussels when they're cooked in a white wine broth. A close second is Sauvignon Blanc, especially if the mussels are topped with herbs like parsley or cilantro, which will complement the green aromatics in the wine. For a value pick, try the Dan Aykroyd 2013 Sauvignon Blanc ($13.45, 11% alcohol).

Diana Henry’s chicken with leeks, apples and cider - This is one of the most unique dishes from the list and one I'm dying to try. I'm positive the best pairing would be a cider from Normandy or Brittany with golden sweetness and a bit of funk. If that's not an option, look for a rich Chardonnay that will complement the apple, leek, and chicken flavours. From the Diamond portfolio, I'd go with the Dan Aykroyd 2014 Chardonnay ($13.45, 12.5% alcohol.)

Fergus Henderson’s beans and bacon - I'd approach pairing this perfect fall dish as I would cassoulet. There are big hunks of bacon, which immediately makes me think of a good Pinot Noir, although once you add the savoury and meaty flavour of the beans, you need a red that's a little beefier. Try the Lakeview Cellars 2013 Syrah Reserve ($24.95, 13% alcohol), which should have the juiciness and peppery spice to complement the bacon and beans.

Jane Grigson’s blackberry and apple pie - This pie recipe combines ripe blackberries and windfall apples—the sweetness level is approaching icewine territory. Icewine tends to work well with fruit desserts, especially when the fruit is poached. I like this with the Lakeview 2013 Shiraz Icewine ($44.95, 11% alcohol); because it's made from a red grape (Syrah), it's going to have dark fruit characters that will complement the sweet blackberries. 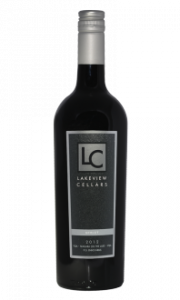 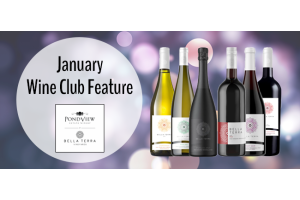 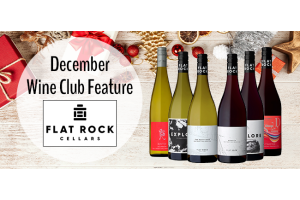