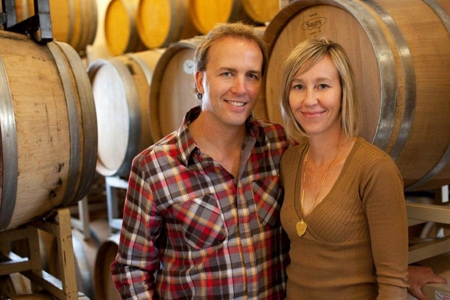 While there’s plenty of great wine coming from B.C.’s Okanagan Valley, it’s the neighbouring Similkameen Valley where much of the buzz is at of late. My last trip to B.C. wine country was in June as a judge at this year’s National Wine Awards of Canada. And while we spend most days cooped up in a convention center meeting room tasting 80-90 wines a day, at night we get treated to some pretty special dinners, winery visits and other events. Orofino Vineyards was one winery that we visited; they fared very well at the show, earning a half-dozen medals, five of which were silver.

The winery, owned by Saskatchewan implants John and Virginia Weber, has been producing wine in Cawston for over a decade at their strawbale winery —the only one of its kind in the country — and the results keep improving. Many of their wines are sourced from single vineyards; combined with the attention to detail on the winemaking side of things, the results are very promising.

Here are some of my faves from judging at the competition as well as trying them in the picturesque Similkameen Valley. Hey, I’m only one judge, and silver medals are nothing to be ashamed of, but I certainly thought some of these were gold-medal contenders (the field this year was SO strong)…

The nose on this silver-medal winner shows loads of apple core, spice, floral and soft peach aromas, with a hint of meyer lemon. It’s light-bodied and with just a hint of sweetness, showing red apple, pear, honey and juicy citrus notes.

Another silver medallist, the nose on this single-vineyard Syrah is unreal; it brings raspberry, cherry, leather, orange peel, ash… heck, I picked up a whiff of Black Forest cake in there. It’s full-bodied and viscous, delivering loads of black cherry, red berry, spice, white pepper and chocolate notes, some soft tannins and a long finish. So good!

A hands-off, minimal-intervention approach has earned the 2012 Beleza a silver medal in both the 2015 and 2016 competitions. This Bordeaux-style blend packs plenty of dark berry, plum, white pepper, spice and tar on the nose. It’s bright, full-bodied and grippy, with medium tannins grabbing hold of the dark berry, chocolate, plum and peppery notes, and an underlying vanilla note from 20 months in barrel. Put this away for a few years and re-visit as it opens up beautifully.

And good news – you can currently mix and match six or more bottles of Orofino wine and get free shipping for this week only! Free shipping will automatically be applied at checkout.